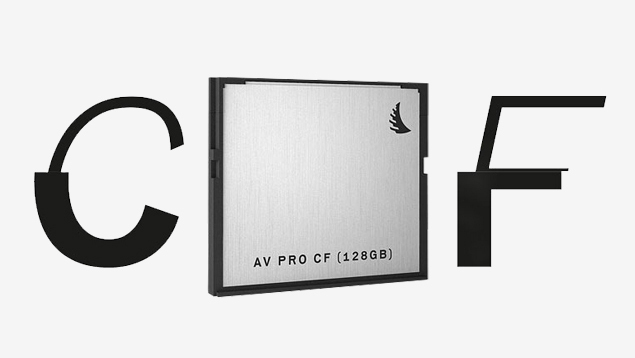 The Angelbird 128GB AV Pro CF CFast Memory Card is designed for use with camera brands including Atomos, Blackmagic Design, Phantom, Canon, Hasselblad, & others. This card is supported in any device that is compatible with the CFast 2.0 standard, & utilises the SATA III 6 Gb/s interface for super high-speed data transfers. It features sustained read speeds of Up to 530 MB/s, sustained write speeds of Up to 340 MB/s, Stable Stream technology, over provisioning of ~7.6%, TRIM, EDC/ECC for data reliability, EMS protection, a built-in cache, SMART technology, & an MTBF of two million hours.

This CFast 2.0 card has been built with protection against ESD overloads, x-rays, & magnets, as well as a shock resistance of 50 g, a vibration resistance of 3.1 g, & is able to withstand temperatures ranging from 32 to 158°F while operational, or -40 to 185°F while being stored. While being stored, it can also retain data for up to 10 years at 77°F.